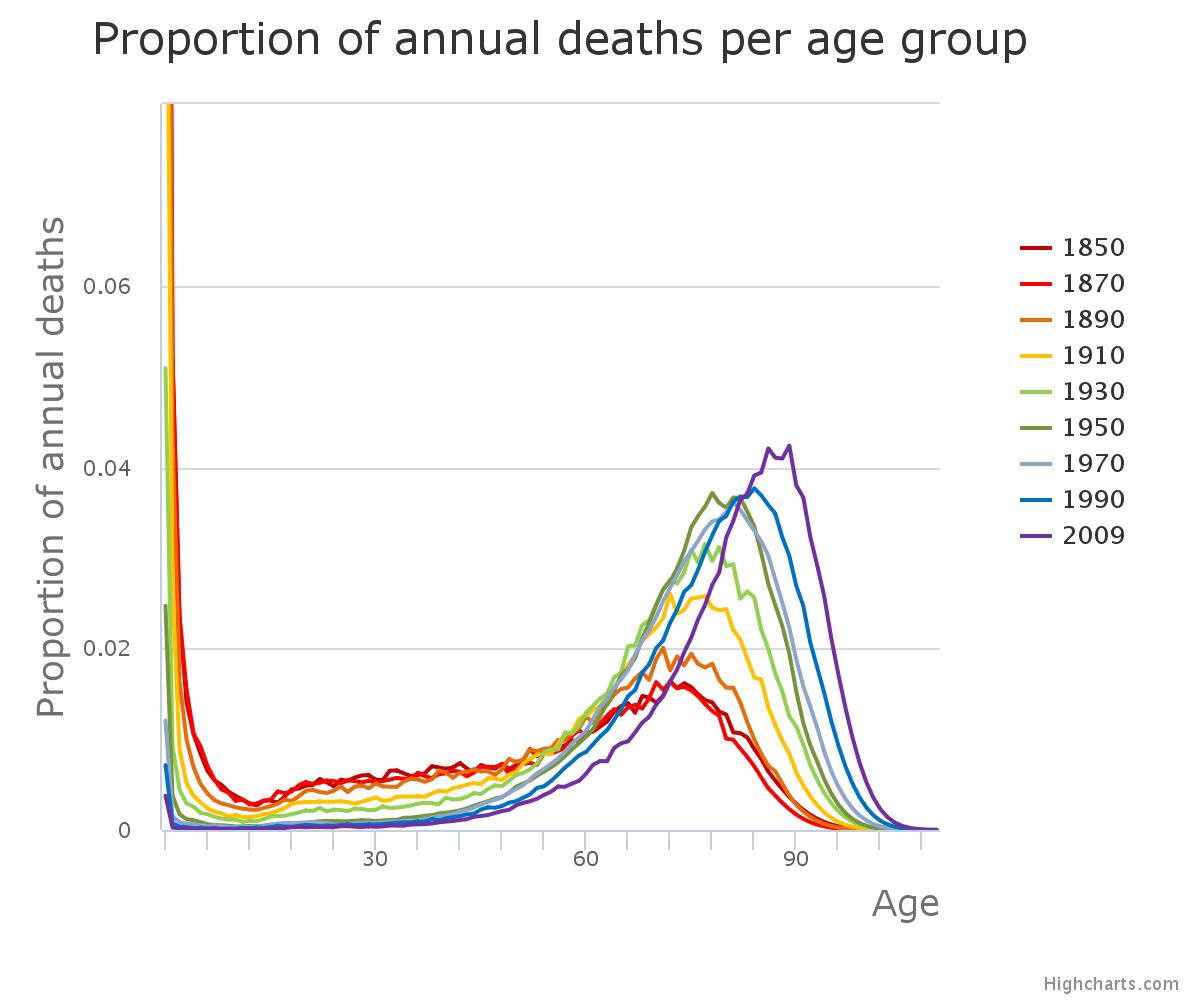 The figure above presents the number of annual deaths by age over the past 150 years in the Netherlands. The red line indicates the distribution of deaths over age in 1850. At that time, most deceased were young children. Hence in the 19th century, gravediggers had to dig mainly small graves.

The orange and green lines, representing 1910 and 1930, show a new trend. Slowly, mortality shifted from the youngest ages to older ages. The grey and blue lines, representing 1970 and 1990, indicate how this trend continued after the war. The purple line shows the annual distribution of deaths over age in 2009.

Fortunately, child mortality has become rare in the Netherlands, and small graves an exception. What prevails, is death at old age. Due to an increasing wealth, the Netherlands has almost banned all deaths before the age of 60. Today, we not only have a higher chance to reach old age, we also live more years in good health.

Not only the job of gravediggers has changed tremendously during the past 150 years, also the practice of doctors has changed. While previously health care was primarily focused on children, today the major challenge is caring for our elderly.