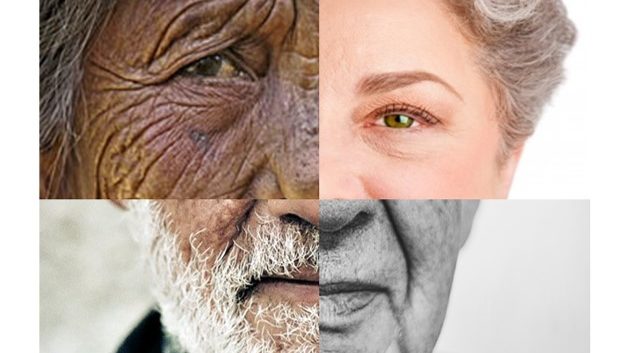 The research project of Leyden Academy focusses on how a diverse group of seniors (aged 60+) experience the virus and the measures taken. How do they perceive the risks and how does is impact their daily lives?

Background
Older people are more susceptible to the corona virus than other age groups in society and are therefore disproportionally affected by the crisis and its measures. The measures taken may have a large impact on their quality of life. Most prominently social distancing, largely applied in all countries may have a large negative influence on their wellbeing, as we know that social relations are of vital influence on quality of life and health at later age (Bowling et al. 2003; Holt-Lunstad et al. 2006). It is expected that the crisis will highlight structural inequalities and unevenly affect those who are already struggling and disadvantaged by society (Fiske, et al 2009). Older people with less resources (socioeconomic, relational or mental) might come even more under pressure during the crisis, both physically and mentally (Hoare, 2015; Perna et al 2012).

The measures taken by governmental bodies intend to protect older people and guarantee their safety. In the Netherlands one such hotly debated measure is the closure of nursing homes for the family and other social contacts. Older people who live in the community are advised to stay at home. The measures and the debate about these measures is steered by experts who talk ‘about’ older people. This pattern is mirrored in the media. Older people themselves are not heard and their insider, ‘emic’, perspective hardly plays a role in policies and the public debate. This leads to a situation wherein many solutions are based upon assumptions about older people without consulting them. As Dineke, an older Dutch person noticed, April 19th 2020: ‘All these plans are made by younger people.’ (www.wijencorona.nl). As a result many solutions are not tuned-in to the lifeworld of older people and may feel imposed and hard to live by.

Our research project intends to focus on how seniors experience the period during the Covid-19 virus and the measures taken. What are their perspectives on the crisis? How do they perceive the risks? We deliberately pay attention to structural inequalities. Answers will give insight into the perspective of seniors who are now largely invisible in both the academic and public debates. We intend to learn from this crisis and derive lessons from it to better attune measures to seniors’ needs and to explore the resilience of seniors during crises to potentially find avenues of resilience for the future (Bernard, 2006; Bonnano, 2004; Hoare, 2015). Research during a crisis is often impossible. The Covid-19-crisis offers us an unique chance to gain insight in the experiences and individual, perceived, impact of crisis situations and the role of structural inequalities during a crisis, currently largely missing in policy and academic literature (Fiske, et al 2009).

Methods
Aim and research question
This project aims to explore the meaning of the corona crisis among a diverse group of seniors (aged 60+) in the Netherlands, and how the crisis impacts their daily lives. Subgoals include: 1) gaining insight in the role of (structural) inequalities in the experiences of seniors; 2) understanding the resilience of a diverse group of seniors; and 3) an in-depth understanding of the lifeworld of seniors in order to better attune measures to their needs and desires (like communication of measures, coping with measures etc).

Study participants
Dutch seniors aged 60+ were purposively recruited via our snowball sampling. To capture a broad range of perspectives, we included a variety of participants with regard to age, sex, income/educational level, ethnicity, marital status, rural/urban living. After a series of interviews we deliberately searched for people with lower incomes, living on their own, because they were underrepresented in the sample. All participants were initially contacted by telephone or e-mail by one of the research members to generally inform them about the study aims. If they were willing to participate, an interview appointment was scheduled.

Participants were involved through convenience sampling and snowball sampling techniques. First, we approached seniors known to us (the institute or the individual researchers or others known to them). Second, we asked them for further referral. Third, we send out a call for participants on social media. Fourth, after conducting about 40 interviews and saturation was reached, we looked into which seniors we did not, or only limitedly reached and we started purposively asking around for seniors with specific backgrounds, these were: seniors that lived alone, seniors from lower socio-economic backgrounds and seniors with a migrant background.

The interviews were guided by an interview guide and topic list that was prepared in advance. Initially, available literature on structural inequalities and coping and resilience of seniors was explored. Subsequently, main topics and adequate open-ended interview questions were generated and discussed among the team members. We then discussed the themes with two seniors for specific feedback on this topic list and asked them for further points of interests and/or other comments and remarks. The interviews comprised questions about the daily lives of people during the corona crisis, its overall consequences, perception of risk, its impact on social relations, meaning in life and vitality, coping and resilience, and perceived needs and possibilities to alleviate negative impact. We intend to enhance credibility by passing on the analysis to the participants in order to verify the content and provide the opportunity to comment the interpretation of the researchers (respondent validation) (Barbour, 2001; Frambach et al., 2013). The data collection was finished when we find saturation, that is repetition of findings, but because of the appreciation among seniors for this kind of interviews, we continued data collection with those still volunteering to participate. No incentives were given to the participants.

Data analysis
Data were subject to an inductive thematic analysis (Braun and Clarke, 2006). Analysis software (MAXQDA v 18.0 ) was used to organize codes and text fragments. All interviews were transcribed verbatim after which transcripts were read through and coded using open codes and in-vivo coding. This process comprised thorough reading of the interview transcripts and coding emergent themes (open coding). Throughout the research process, interview experiences and emerging themes were compared and regularly discussed within the team. All team members shared a reflection document to detail their experiences, any methodological or researchers’ experiences which may have influenced data collection. Main themes were related and (sub)categorized (axial coding). We plan to add an additional research expert [TA] for in-depth analyses discussing the meaning and relevance of emergent themes. The research team intends to meet on a regular base to discuss preliminary findings. Differing interpretations will be discussed until consensus is reached about the meaning and relevance of main themes and final codes (selective coding). The backgrounds of all members allows in potential for interpretation of the data from diverse perspectives and helps to prevent individual bias to occur and enhanced the credibility of findings (Frambach et al., 2013).

Ethics
This study was approved by the Medical Ethics Committee of Leiden, the Hague, Delft, The Netherlands. Data were anonymized for privacy and confidentiality reasons, and stored for a maximum of ten years.

Charmaz K and Belgrave L (2012) Qualitative interviewing and grounded theory analysis. The SAGE handbook of interview research: The complexity of the craft 2: 347-365.