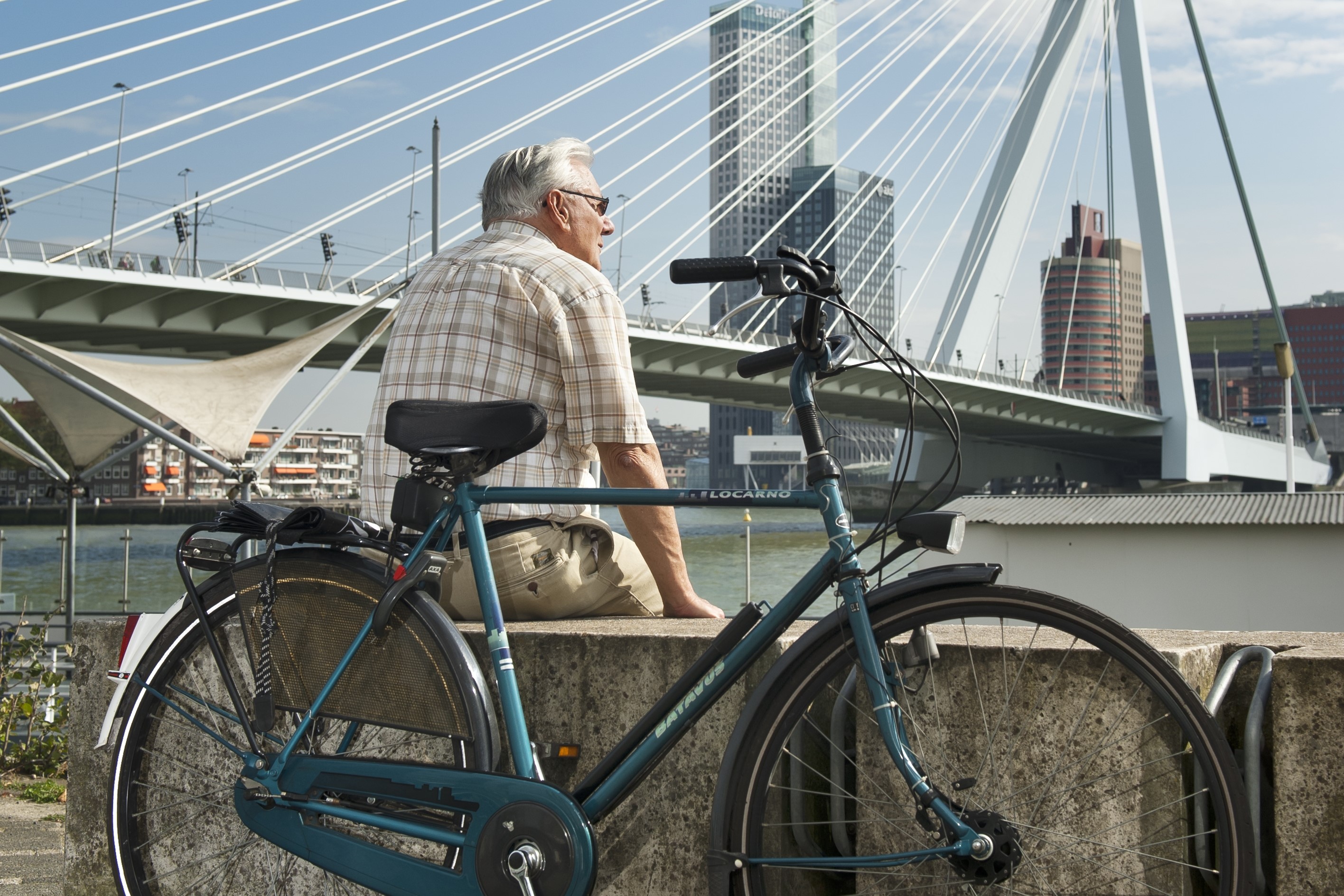 The proportion of individuals aged 55+ in the population of the Netherlands is growing due to the lower birth rate and increased longevity. Additionally, the baby-boom generation is reaching pensionable age. This change in the population build-up creates opportunities, challenges and issues. Medical Delta, a collaboration between universities, local government and industries in the province of South Holland, intends to apply its expertise, insights and capabilities to support society and individuals to deliver innovative solutions for the ageing population. These activities are the subject of the VITALITY! programme. This programme intends to support the older generation by encouraging individuals to set and achieve realistic ambitions based on their own abilities and self-management. In the research presented here, we report on the views, attitudes and desires of the older generation as a starting point for the development of options, solutions and dedicated applications which could be developed by the Medical Delta partners. Apart from questions on some general issues the research was focused on four domains: work, self-management, housing and environment and social connectivity. Online questionnaires were used for the quantitative part of the research in a representative sample of 650 individuals from the 55+ Dutch population. The questionnaires were developed following qualitative research with focus groups. For the analysis, three age groups were formed; 55-64, 65-74 and 75+.

Work and finance
The contribution of the older generation to paid and voluntary work in society is changing: the number of older people who are involved and productive is growing. Work (paid or unpaid) plays an important role in people’s fulfilment and societal involvement. However for some, remaining active at work is not always self-evident as is exemplified by the continuing debates on the pensionable age. Against this background we have sounded out the attitudes and desires of the 55+ generation. A large majority of the 55+ group who are still at work is largely positive about retiring from their job. Nevertheless, for some there is also a significant commitment to continue, provided people are allowed the opportunity to work under new, largely self selected conditions. This usually means working fewer hours and in a different, perhaps more advisory, role. In these circumstances people are prepared to accept significantly lower wages. Even among older people who are not currently working, there is a substantial group who are prepared to work again. Their numbers decrease with age. With respect to finances, people consider this an important responsibility and most people, from time to time, consider the consequences of a drastically lower income.

Self-management
Scientific evidence shows that when the older gene-ration takes responsibility for their own health better outcomes are the result. Encouraging people to take more personal responsibility could also be a means of managing the care system for better results and keeping it affordable. We investigated to what extent the 55+ generation would be prepared to pursue this. It appears that taking a higher degree of responsibility for your own health and wellbeing is a priority for nearly everyone. However, to many it is unclear how to precisely achieve this responsibility. The prepared-ness to engage in greater self-management of health is present in a large majority of the panel. This group welcomes future availability of innovative options and solutions to improve the control of own health. Of course the instructions for the application of these should be made very explicit. The view that people are entitled to a high level of care is held particularly strongly in the older group. If health issues arise, this could act as an inhibiting factor for taking initiative.

Housing and environment
In the past the Netherlands has been a leader in specialized housing for the elderly. Currently new solutions are more heterogeneous and more geared to stimulate the older generation to continue to live independently. We have asked how the 55+ rate their housing and environment and how this is influenced by vitality and in-dependence. The large majority of the 55+ generation is satisfied with their current housing situation. They want to remain living independently as long as possible and intend to take responsibility for decisions in this domain. The research identified a number of specific desires, the realization of which would require people to take the initiative themselves. A large proportion of the older generation is not yet considering the consequences of possible health or financial set backs in thinking about their future housing situation. Improving the availability of information and support with decision making on future plans is a desire in a significant part of our panel.

Social connectivity
Recent scientific research has once more confirmed the high degree of importance of social contact for health and quality of life. With ageing, one likely looses close family members and friends due to illness or death. We have taken stock as to how the 55+ hope to avoid social isolation as a result of this. The older generation is generally satisfied with the amount of social contact they have. The need for more social contact does not increase in the higher age group, rather, it appears to decrease. The majority of people thinks that they can compensate for the loss of their partner with other social contacts. Furthermore, people are of the opinion that social contacts have to emerge spontaneously and are not something you can force to happen. The need for help in creating plans for this domain is felt to be less important than for the other domains.

Conclusions
The ageing of the Dutch population is more often than not framed in the public debate as a problem, due to the perceived increase in the number of older people dependent on care and financial support. We would contend that the course of longevity over the past 200 years and the observation that we retain our functional health without disability for much longer also opens up new opportunities. It is a great achievement of our civilization that people can now live active and rewarding lives to much higher ages. This research illustrates that 55+ people view their independence and responsibility in these various domains very highly. Over and above this there appears to be a high degree of willingness to engage in new initiatives. There appears to be a significant challenge to support people in this and to facilitate people to make their own plans and fulfil their ambitions. In the interest of society, the current and future older generation, the Medical Delta with its VITALITY! programme is committed to take on this challenge.