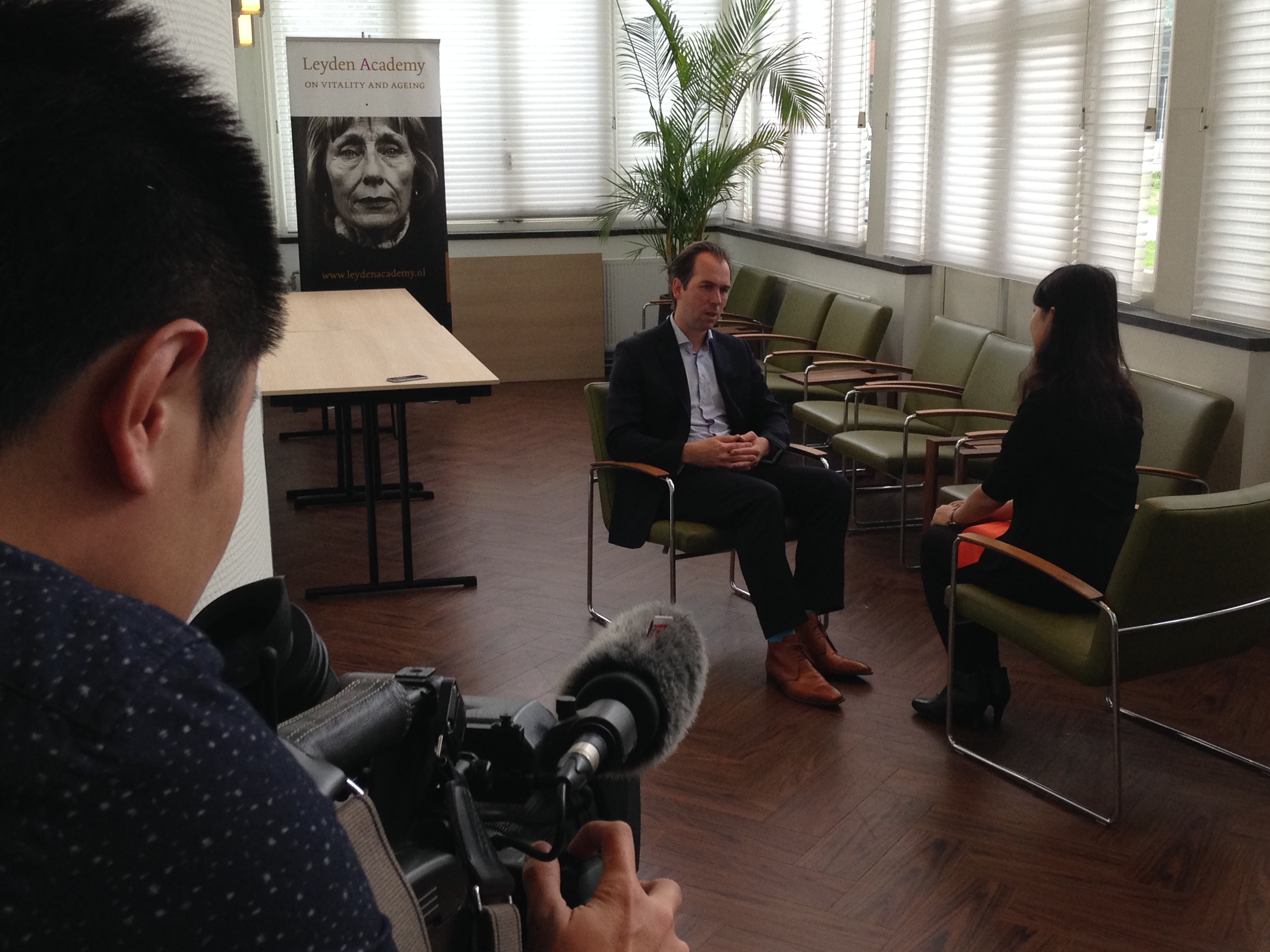 On Wednesday 6 May, Leyden Academy on Vitality and Ageing was visited by a delegation of television channel Shanghai TV. The Chinese are working on a documentary about ageing and the structure and financing of elderly care in countries like The Netherlands, Denmark, Germany, Japan and the United States. In The Netherlands, they met with State Secretary Martin van Rijn, the Health Inspection, care institution Laurens and visited a number of Dutch nursing homes.

Four interviews in Leiden
At Leyden Academy, Shanghai TV spoke with ageing scientist David Van Bodegom and directors Marieke van der Waal and Joris Slaets. David introduced the demographic developments in the Netherlands, the perception of older people in society and the way in which health care providers are prepared for elderly patients in their education. In this context, Sarah Liu was interviewed: one of the Chinese students who follow the master Vitality & Ageing at Leyden Academy this college year. Sarah could tell first hand about the differences between her motherland and The Netherlands. Marieke van der Waal walked the Chinese delegation through the structure and funding of the Dutch (elderly) care and Joris Slaets explained the current shift from a focus on disease and treatment to more person-centred care with a focus on quality of life.

Hundreds of millions of viewers
The interviews will be developed into a documentary that will air in October 2015 on Shanghai TV, with approximately 100 million viewers in- and outside of China. The five separate items of ten minutes (each covering a theme, like education and financing) will also be broadcasted on Dragon TV that has as many as 200 million viewers. We hope the strengths and lessons learned from the Dutch context will reach a wide audience and give a positive contribution to elderly care in China.