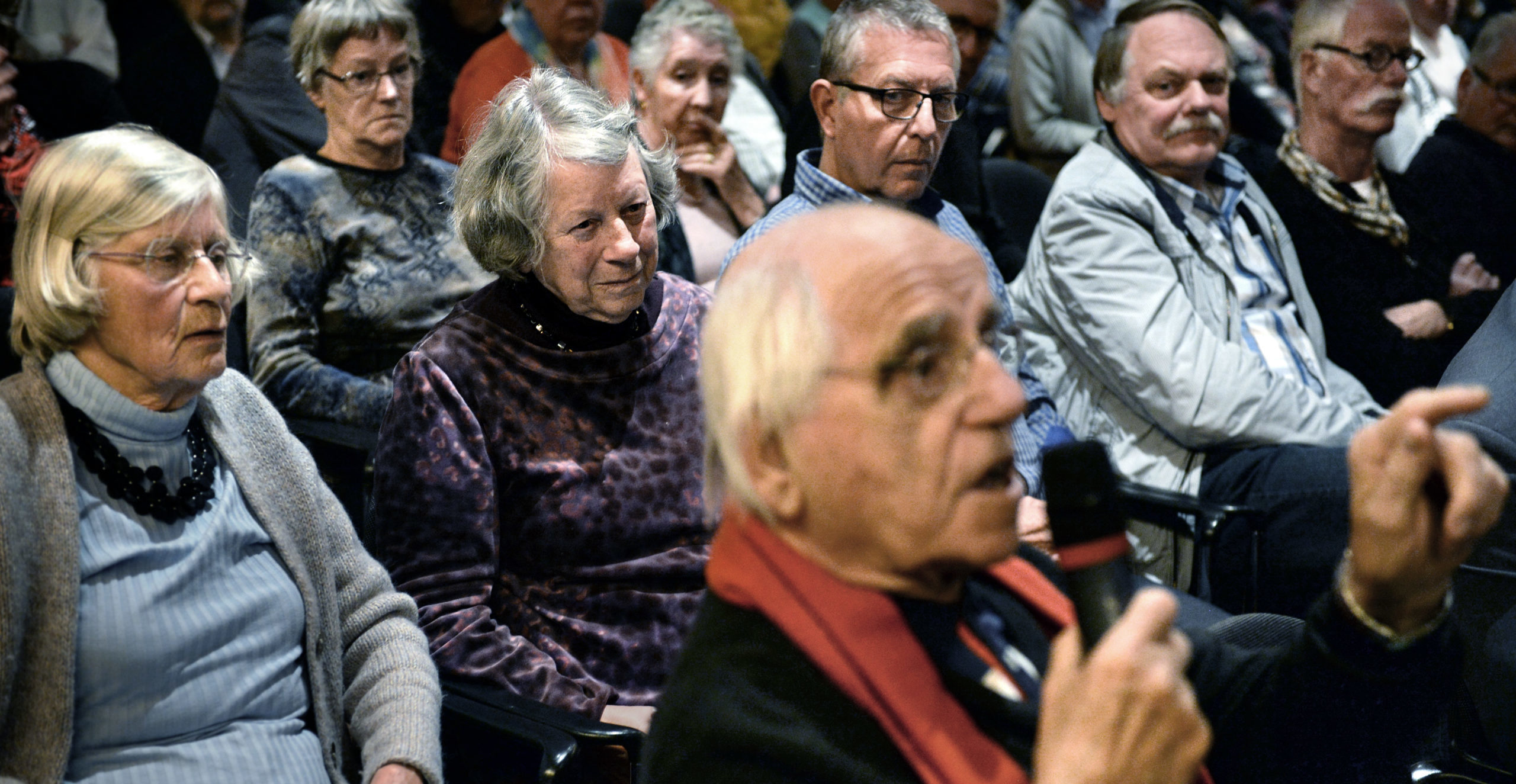 Experts dominate the discussion on the corona policy. However, one perspective is missing: that of the people we aim to protect, our most vulnerable, older citizens.

A missing perspective
The idea that we can no longer touch each other, the isolation and the fear of infecting one another remind Merapi (72-year-old) of her childhood years in the leper colony in the Netherlands. Loek (95-year-old) is concerned about his grandchildren: are they not falling behind too much, now that they cannot go to school? As he never caught up with his learning backlog due to his stay in a Japanese internment camp during WWII. We rarely hear these stories from our older citizens. Why does their voice receive so little attention?

In the media coverage on corona, we mainly hear experts such as virologists, epidemiologists and medical specialists. They determine the debate and talk about older people as a risk group. With their claimed objective and factual knowledge, they try to advise politicians to make informed decisions.

Medical hierarchy
Relatively little is known about the corona virus. Why not have philosophers, economists, and communication scientists contribute their insights to better understand the complexity of the corona issue? As complex issues require multiple perspectives. Most attention was paid to the ICs and not to the situation in the nursing homes. The relatively young specialism of geriatric medicine is not ranked high on the medical hierarchy, so as a result, these specialists were consulted quite late in the process. This reflects a hierarchy between specialties in medical science, in which cure is placed above care and prevention. Historically, this can be explained as the health care system has been aimed at healing the sick. Only recently interest has arisen in so-called welfare diseases and their prevention, as well as in long-term care for ageing people. However, these specialties have relatively little influence and input. Recognizing the complexity, we must initiate deliberation and dialogue between the various perspectives in order to gain new insights and possible solutions.

Emic versus etic
In this corona dialogue, the perspective of vulnerable (older) citizens is still lacking. Anthropology calls this the ’emic’ perspective, as opposed to the expert’s ‘etic’ perspective. An ’emic’ perspective is a first-person perspective, of the person who experiences a situation him- or herself. The latter perspective has not been established on the basis of scientific methods. It is grounded in a lived experience, and often it concerns illness and/or old age, possibly accompanied by experiences of exclusion and stigmatization. This ‘experiential knowledge’ is increasingly recognized, but still has a lower status than scientific or practical knowledge. Rather, an older person’s voice is questioned and more easily dismissed as anecdotal and subjective. This applies even more if it concerns someone who is cognitively impaired or suffers from dementia.

Ethical scholar Miranda Fricker describes this injustice as follows: “To be wronged in one’s capacity as a knower, is to be wronged as a human being.”

A problem of all times
Denying the voice of older people is not only a problem in times of corona. The crisis is exacerbating this, the people most affected by the virus do not have a say in the restrictions and measures concerning the virus. In our problem-solving reflex, experts often forget to listen to this priority group. As a result, we are missing out on a wealth of knowledge and insights, and the solutions do not always correspond with older people’s needs and frame of reference. Moreover, for older people with dementia it is extremely difficult to express themselves coherently, and they more often need their loved ones to interpret their needs and desires. In this case we can no longer rely unilaterally on language.

The corona crisis makes the unequal position and limited agency of older people in our society sharply and painfully visible. Measures taken are a repetition and continuation of this pattern. Decisions are made ‘for’ older people and the conversation is ‘about’ the elderly. In the words of 68-year-old Dineke: “All the rules are made up by people who are not old themselves.”

Voices under pressure
It is not without reason that there is protest from family and caregivers about the lockdown of nursing homes. The measures are aimed at reducing risks from a medical perspective, an understandable aim. But meanwhile, values ​​such as relationality and dialogue are under pressure and the lack of personal contact affects the well-being of the residents. It is time for action, let’s look for viable solutions through dialogue and customization. The family should certainly play a role in this.

Also, in the pre-crisis recommendations for people to live independently at home for as long as possible, older people were involved far too little. Many single older citizens are now severely affected by their social isolation. These seniors do not quickly raise their voices. Especially those seniors with a lower social economic status, older people with a migration background, and/or older people who cannot read and write well, like Joke from The Hague: “I hear things on TV that I do not understand, it makes me sick to my stomach.”

Existing imbalances
To conclude: take the perspective of older citizens seriously. Base policy and measures also on their stories and experiences, in an open dialogue and exchange of perspectives between older people and experts, especially in times of great uncertainty and complexity. Let us use this crisis to address the existing imbalances and omissions by engaging older people in decision making. And let us learn from the many beautiful corona initiatives in which the contribution of older people is valued. Such as the Dutch story platform Wij & corona, created by Leyden Academy and GetOud foundation together with older citizens, to give their voice a stage. Like the voices of Merapi, Loek, Dineke and Joke, who have so much to tell us.