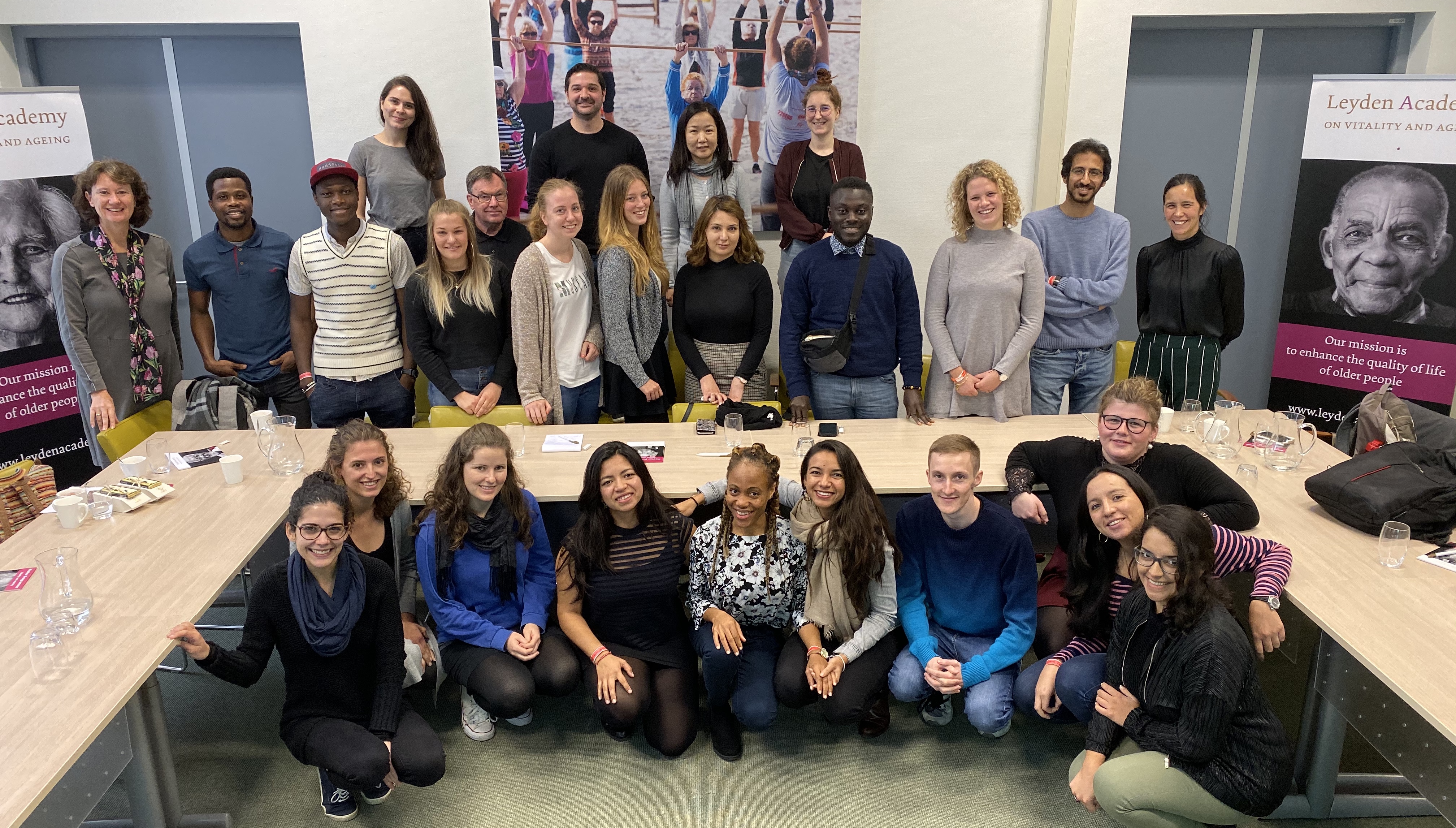 On 24 October 2019, we welcomed a group of students from the Master programme Management in Non Profit organisations at the University of Applied Sciences in Osnabrück, Germany. The 24 students had very different backgrounds, both in their countries of origin as in the areas of non profit management they are interested in. During their stay in The Netherlands, they visited various non profit organisations ranging from Doctors Without Borders in Amsterdam, the Organisation for the Prohibition of Chemical Weapons (OPWC) in The Hague to Leyden Academy on Vitality and Ageing.

The master students expressed keen interest in the research of Leyden Academy. Director Marieke van der Waal gave a general introduction of our knowledge institute and areas of expertise, and soon various specific topics were addressed, such as loneliness and the images of older people. Marieke challenged the students to guess what percentage of the Dutch seniors resides in a nursing home. They were surprised to learn that their estimate, “about twenty per cent”, was way off as in fact about 96 per cent of the Dutch older people still live in their own homes independently.

After the break, Jolanda Lindenberg provided the students with a deeper insight into the images of ageing. How we can tackle stereotypes of older people and what are the conditions for successful intergenerational projects? Jolanda mentioned various housing projects and other initiatives that aim to connect the young and old. There are success stories, but it is not easy to facilitate contacts with the depth and quality necessary to make a positive change in how generations view each other.