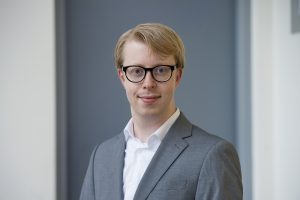 Maurits obtained a degree in medicine from Leiden University Medical Centre. During his study the elective course ‘The Ageing Process’ ignited his interest in the study of the ageing process and the evolution of ageing. Since 2009 he has been a member of the Young Excellence Class, which is a discussion club affiliated with Leyden Academy for students interested in ageing.

As a PhD candidate at Leyden Academy, Maurits is investigating the subject of work as a source of health. As part of his research he is studying the effects of different retirement strategies on health and well-being in the elderly. He is also investigating whether supposed health-promoting interventions for workers indeed positively influence the health of the working population. In addition to his scientific activities he is involved in the organization of educational programs on the evolution of ageing and disease for students of medicine and biology.