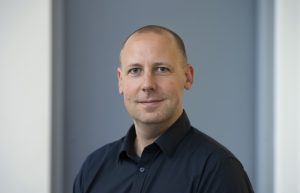 Lex van Delden PhD is a member of the scientific staff at Leyden Academy on Vitality and Ageing. His interests are in designing physical and social environments to promote a healthy lifestyle and social interaction. In this area he runs research and implementation projects and gives advice to various organisations and municipalities. He also investigates the wishes and needs of older people and the effects of activity programmes of care and well-being organisations. In addition, he is involved in developing and providing education in Master programmes, executive courses, and specialty courses. Lex holds a Master’s Degree in Cognitive Neuroscience from Leiden University, and a PhD in Human Movement Sciences from the VU University Amsterdam.

After completing his military service for the UN mission in former Yugoslavia, Lex worked for four years as a physiotherapist at MCH Westeinde in The Hague. At this hospital he mainly treated patients suffering from neurological disorders. As a consequence of his growing interest in how the brain functions, Lex decided to study Cognitive Psychology at Leiden University and obtained his Research Master of Cognitive Neuroscience. Subsequently, Lex completed his doctoral research on arm function recovery in stroke victims at the Faculty of Human Movement Sciences at the VU University Amsterdam. He was a lecturer and course coordinator at the Institute of Applied Neurosciences in Haarlem, before joining Leyden Academy in May 2014.

Publications
Click here for an overview of publications in scientific journals.