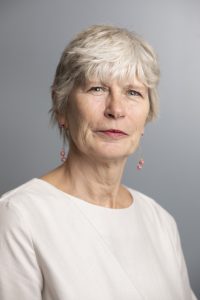 When Ineke came to work at Leyden Academy in March 2009, it was a young, small organization. In those first pioneering years Ineke worked closely with Rudi Westendorp and Hans Meij, former directors of Leyden Academy, thanks to whom – together with Vereniging Aegon – Leyden Academy was established on november 11, 2008. Since then the academy has grown considerably and keeps Ineke in a double function as office and project manager engaged in administrative and human resources, as well as with various projects within EIT Health.

Ineke started her career, owning a men fashion store. After which, she gained extensive management experience from various organizations in the field of management consulting, private equity and legal services.